Gemma Hughes is a Production Runner based in the UK. A Production Runner is the most junior entry level job in the film industry. As a Runner you work as a general assistant to the producer and other production staff, helping them with any basic tasks they assign over to you.

In the following interview Gemma shares how she got started in the film industry, what to expect within this job role and her advice for students first starting out.

What originally attracted you to the film industry?

I left secondary school not really sure what I wanted to do as a career however I went to a sixth form where you had to take 4 a-levels. I had already decided I wanted to study English, Business and IT however was stuck on my final choice for a long time. My best friend had taken media studies at GCSE and from what she told me, it always seemed so fun.

When attending an open evening at my college, I decided to ask about the media course and ended up picking that as my final subject. In my two years there I had to compose two different pieces of coursework. My first year project was a one minute charity advert and my second year coursework was a 4 minute opening to a crime drama. These were two massive parts of the course I found so interesting and I definitely came to realise media was the subject I most enjoyed. When something feels more like a hobby your’re choosing to do, than a lesson you’re forced to sit in, you should pursue it if possible.

When something feels more like a hobby you’re choosing to do, than a lesson you’re forced to sit in, you should pursue it if possible.

Did you attend film school or study film at university?

I didn’t actually do either of these things, I went straight into the industry a month after I had left sixth form and have been there ever since. I work mostly in television and whilst I think further education is worth it for those who want to go, my biggest piece of advice to anyone who doesn’t want to but feels pressured is that roughly 90% of people in the industry I’ve spoken too have said it’s not worth it in terms of career progression alone.

Of course this is likely to be different depending on what job you would like to pursue but in my case, university wasn’t necessary considering I wasn’t interested. Everyone starts on a clear, level playing field and right at the bottom of the chain as a runner so if this is something you’re not keen on doing, you might not have to.

What was your first paid runner job and how did you get it?

My first paid runner job was on The X Factor UK 2018 in July. I was lucky in the respect that my sixth form college had a scheme set up for people wanting to break into the film and TV industry. We had to compete for the opportunity and after a lot of hard work, fun and early mornings; I quickly got 6 days work experience helping out at their auditions at Wembley.

Through this, I met lots of people and worked really hard to impress my peers. Everyone was lovely and they ended up asking me to come back the following week for 3 days paid work on the Six Chair Challenge as a runner which escalated into me taking part in all of the live shows right up until the final.

Can you describe a typical work day as a production runner?

Being a runner is no walk in the park. At least not in the jobs I’ve taken on. You have to be really be enthusiastic about the job and willing to fight through the early mornings, long hours and aching feet after a 25,000 step day. It’s a lot of making cups of tea and coffee, standing-in, logging interviews and clips, running to the shops to buy things for people, getting someone’s lunch, setting up dressing rooms and in my case, I’ve even had to blow up 200 inflatable sharks. It’s an unpredictable job but that’s what makes it fun.

You have to be really be enthusiastic about the job and willing to fight through the early mornings, long hours and aching feet after a 25,000 step day.

How are you hoping your career will progress in the future?

My goal so far is to eventually become an executive producer. At least that was the goal I set myself last summer when I first started out. I think the main thing to do however is to go in with an open mind. The media industry is huge and there are thousands of different jobs you could do that you wouldn’t have even known existed so I think going into it knowing there’s a possibility you could change your mind and end up pursuing a different route in the industry is always a good attitude to have.

What tips would you give to students who are first starting out in the film industry?

Be nice to everybody you meet is my biggest tip. The industry is brutal and you never know who you’re talking to and what connections they may have. I would also advise asking people what production they’re going on to next or for contacts. Networking is very valuable and making friends could just get you your next job. I’ve definitely found plenty of people are more than happy to help you out and give you people to email for potential work. Finally, if you know a job is going to be based outdoors, invest in good clothing and shoes. I’ve spent many a chilly morning on location in just a jumper and it is no fun. Be prepared for all weather types!

Be nice to everybody you meet is my biggest tip. The industry is brutal and you never know who you’re talking to and what connections they may have. 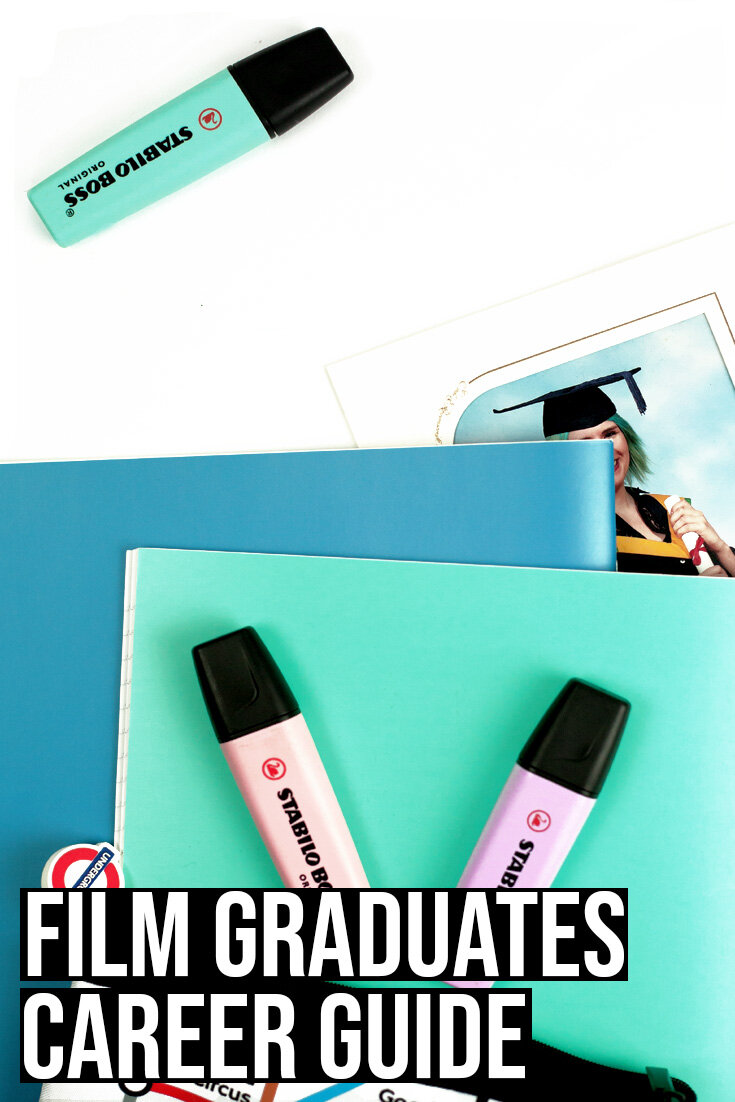